Ever wonder what your teacher was like before they were known as professors? Welcome to our new series, (Person)able Profs, where we profile a different professor each week! Get to know a little about their life outside of the university.

When professor John Shiga was an undergraduate student studying mass communication at York University, he never imagined that someday he’d be working on research projects on topics that ranged from the military’s use of sonar technology to creating theatre productions for nursing students.

Shiga remembers an entirely different technological landscape when he was an undergraduate. “The internet was just skinning off the ground at that point and no one had any idea what kind of shapes and forms it would take.”

He currently works as an associate professor with several forms of new media and revolutionary technologies. Since arriving at Ryerson in 2012, Shiga has seen the faculty of professional communication grow from a Masters only program that taught mostly service courses, to a BA program that started four years ago.

“It’s great to be a part of something that’s growing so quickly, and you’re on the ground level so you have input into what’s going on, which is a lot of fun.” 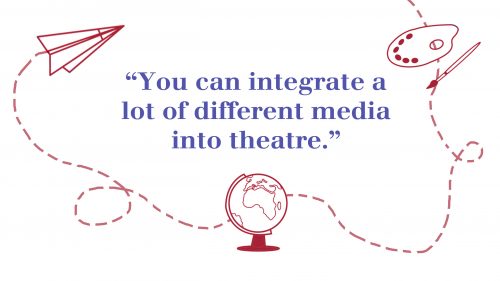 Given that much of the existing literature is science-based, Shiga hopes this course will help get students thinking about knowledge translation and how it can be applied to the arts and humanities as well.

Outside of the classroom, Shiga describes himself as “a restless kind of person.” He’s worked on several projects spanning a multitude of fields and he’s already thinking up his next endeavour.

Shiga’s current project is called “Out of Tanzania” which is a theatre-based knowledge translation project he’s been working on with nursing professor Dr. Oona St-Amant, theatre expert Dr. Gerd Hauck, project coordinator Jacky Au Duong, as well as a few student researchers. Created in partnership with Ryerson’s Centre for Communicating Knowledge (CCK), this interdisciplinary project is aimed to use theatre as a way to educate nursing students on the complex nature of international health work.

The inspiration behind the project came from St-Amant’s research on Canadian volunteers in Tanzania’s health care sector. She found that it was quite common for medical and nursing students to embark on overseas volunteer positions after graduation. 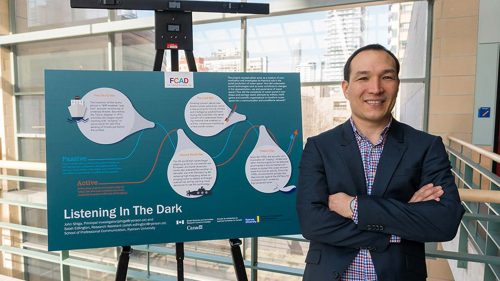 “There’s a little bit of prep work they do before they embark on these placements, but they don’t get a lot of cultural or political or historical knowledge about where they’re going,” Shiga said. This lack of practical knowledge often results in long adjustment periods for student volunteers, which is particularly detrimental for those on shorter exchanges.

The team created their script by pulling out recurring themes from transcripts of a series of hour-long interviews conducted by St-Amant with Canadian volunteers. After hiring actors and organizing a winter full of rehearsals, they put on the play for Shiga’s science and communication class as well as one of St-Amant’s nursing classes.

“[Dr. Hauck] gave the whole team a foundation and some of the key principles of theatre, like this concept of the Joker which comes from an Argentinean playwright, Augusto Boal, who’s known for what he calls forum theatre—a way of involving audiences in the play.”

This year, with the help of more funding, Shiga and his team are hoping to bring “Out of Tanzania” into the online realm. “That means rethinking the play as a series of little vignettes that would be the core of a learning module about the political or cultural aspects of global healthcare volunteering,” he said. 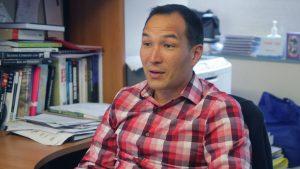 In some ways, this theatre project was a departure from Shiga’s previous work, which focused more on static forms of media such as visual media and recorded music, but he likes theatre for its interactive quality.

“You can integrate a lot of different media into theatre. One thing I’d like to do is draw more from my work with sound and music, and integrate layers of audio into the play,” he said. “For example, there’s a technique called sonification, where you can take data and represent it in sound.”

In the future, Shiga hopes to expand on his interest in smartphone sensors, how they function as a means of surveillance, the role of the data double, as well as how these sensors can be adapted to the user’s own projects, such as in athletics.