On Jan. 22, 2016, a teen shot two boys in their home in La Loche, a town with fewer than 3,000 residents. Later that day, he opened fire at Dene High School, leaving two dead and seven injured. Wood’s older brother Adam, a Grade 10 math teacher, was killed.

After reflecting on the media coverage of both the shootings and her brother’s death, Wood said she felt that the community’s youth were silenced. So she enrolled in the masters of arts in early childhood studies program at Ryerson, focusing her research project on empowering youth in La Loche, and the students at Dene High, to share their perceptions of the community through photography.

She connected with Greg Hatch, the school’s principal, and found 11 students who wanted to participate in the “photo-voice” project.

Wood asked each student to take five photos and provide captions that answered questions about their lives in La Loche. Wood, Hatch, administrative assistant Martha Morin and  the school’s elder came up with the questions, which included, “What is good about your life?” and “What needs to change?” She then discussed the images with each student.

The students gave out more than 40 photo books, that they had signed, to people at the La Loche shooting memorial service on Jan. 19.

“The project is not about grief…It’s about moving forward. It’s about hope, it’s about change and it was about giving voice to something and realizing that I can help aid in that process because of my connection to the community.” 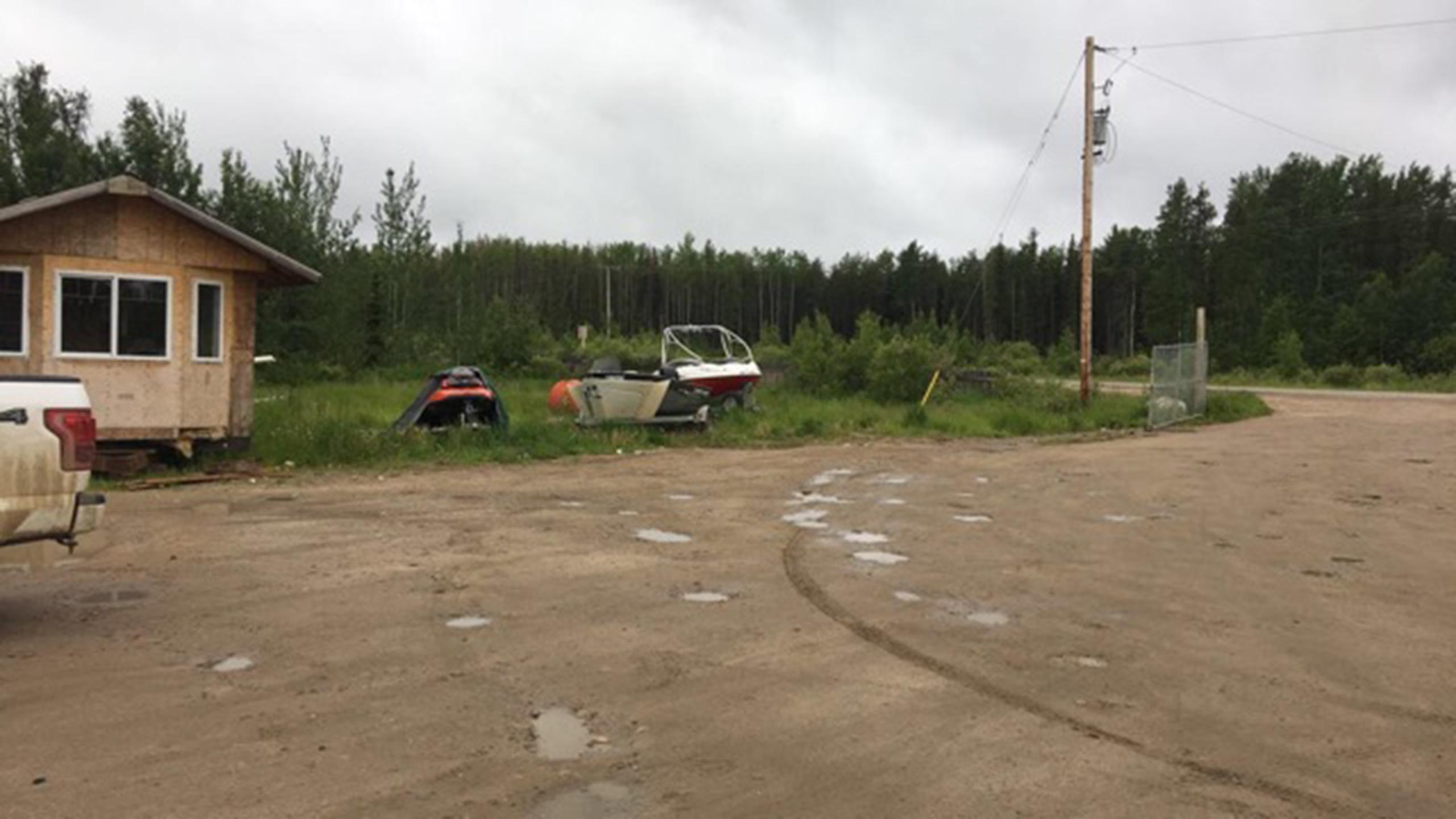 This photo was taken by Ashlynn, a student who said the weather, environment and people who litter need to change to start taking care of the world, “because our soil and our air is getting polluted and we need to keep this community clean, safe and good.”

Amid funding promises from politicians after the shootings, Wood said it was an important time to respect Indigenous youth as experts in their own lives.

“When we look at the struggles of a community, although it can be helpful to understand what needs to be changed, sometimes we focus way too much on it, and then we end up defining a whole community by those challenges, rather than whole people with fulfilling, incredible lives,” she said.

In her project, Wood writes about a student named Jazz who, in explaining his photo of a sunset, said La Loche “isn’t as bad a place as people think it is.”

“If you ever come around La Loche you are welcomed with respect, treated like you’re family, and you get to see smiles on people’s faces even if they’re having a bad day,” he added. “La Loche, in general, is home to anyone.”

Through her research, Wood said she learned the youth value their relationships with people, nature, animals—especially their dogs—and their culture. 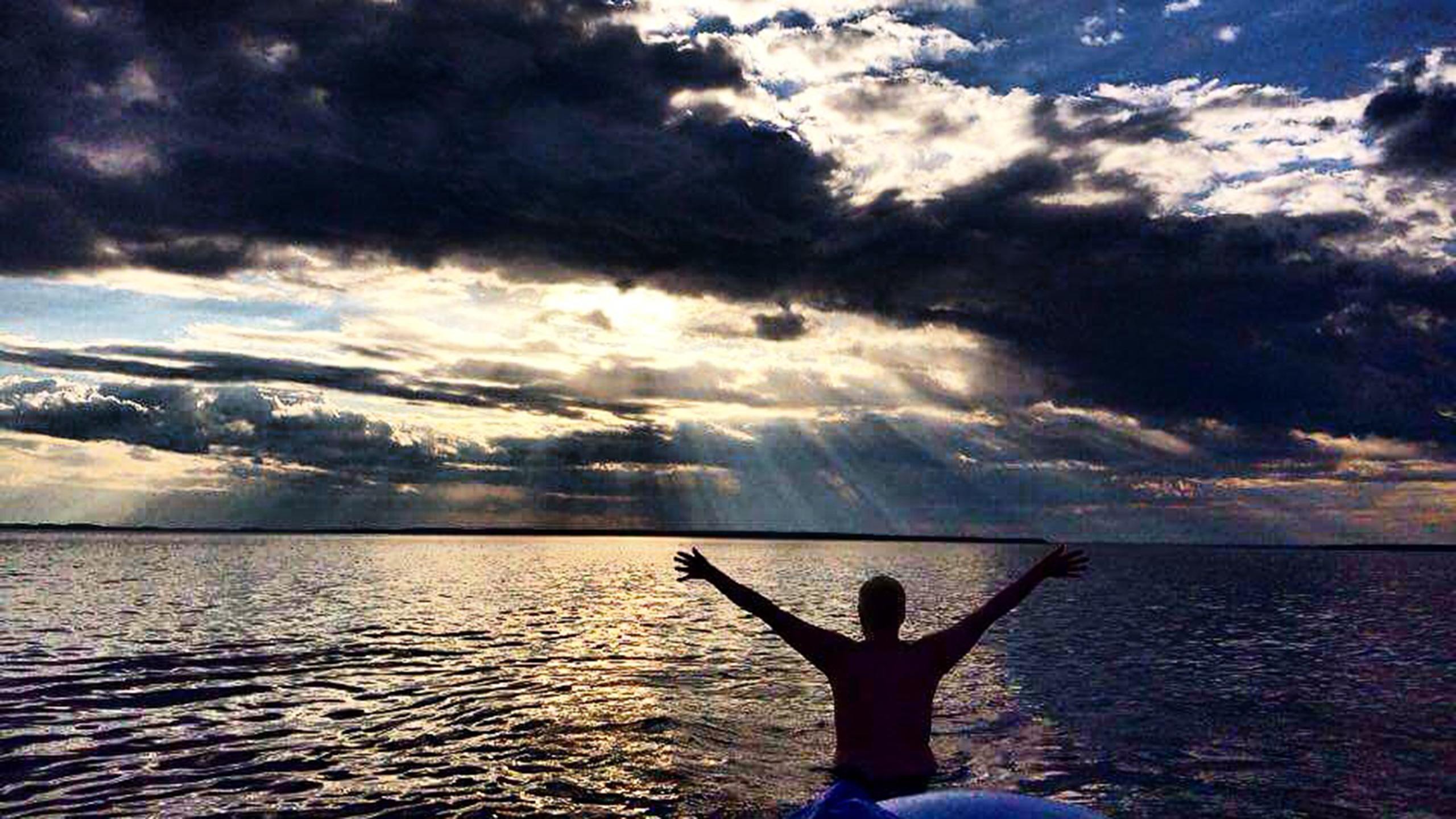 A photo taken by a La Loche student named Jazz, who, during the project, told Wood he loves his community. “La Loche isn’t as bad a place as people think it is,” he said.

Hatch, the principal, said the students are incredibly proud of the photo book, and Wood made a copy for each of them. With the participants’ permission, the school has since ordered more copies.

“I just felt the whole project was a very, very positive experience,” said Hatch. “A lot of people talk on behalf of the youth, but they have a voice—a strong voice—and we need to listen to them.”

Wood said it was lovely to hear they were handing out the photobooks because it just shows how proud the students are to have been part of the project.

After watching Wood connect with the students, Hatch said he has great respect for her.

Wood’s work has also been acknowledged by Ryerson’s Faculty of Community Services. She won a Dean’s Graduate Writing Award for her paper, “Youth’s Perceptions of Childhood: Young People’s Participation in Envisioning Community Change.”

When asked if the project has helped her come to terms with her brother’s death, she said, “Grief is messy and unruly,” and she’s just figuring it all out.

Although six months have passed since she went to La Loche to work with the students, Wood still keeps in touch, with Hatch giving her updates on the kids.

“I think I’ll probably be reflecting on this project and experience of this project for many, many years,” she said.