“Do you have a girlfriend?” my grandmother asked.

It was a question I was far too acquainted with. It materialized in locker rooms and over school lunches and at family dinners, cutting the air so sharply I always feared it might draw blood. Masculinity and heterosexuality had become a conscious performance, but to the trained eye, I was a novice to the habit.

By now, I had learned to stick to the typical devices. There were a few ways to demilitarize such inquiries—my favourite was the “I’m Way Too Busy With School And Soccer” retort, which redirected the conversation into an engineered celebration of my athletic merit.

Before she came to live with us, my grandmother had always occupied a strange and distant place in my mind. She was born and raised in Jamaica, a place I’d yet to visit, a landmass often measured in rampant violence against the queer community.

I stuttered out of “the question.” My grandmother had already met my boyfriend by this time, only she hadn’t known who he was to me.

My mother informed her weeks later that I was gay.

I could hardly imagine another pair of eyes, peeling apart my body and wondering what went wrong. Though her delivery was harsh, it was impossible not to weigh the kindness behind her message.

“I suppose I have to love him anyway.”

The following year, as my mother prepared Thanksgiving dinner and I sat at the table with my grandmother, she turned and fixed an absent gaze on my face. “When are you going to get a girlfriend?” she asked. 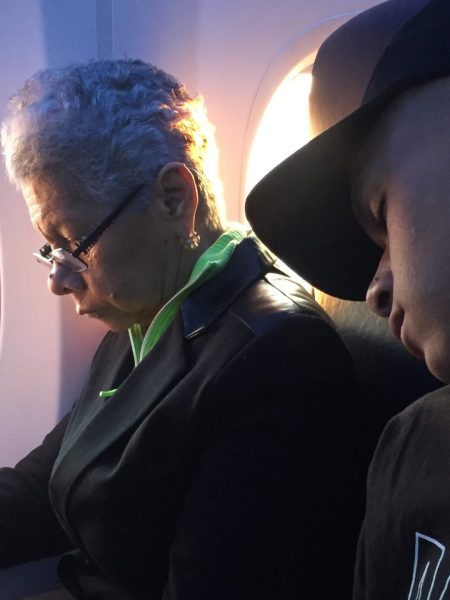 Years later, this question, among others, has grown more and more frequent. She always refers to my partner as my “little friend” and often reminds me how she’s waiting for the day I bring home a girl. “You know,” she’ll start, in a Jamaican accent she hasn’t lost. “I’m not getting any younger.”

When she sees my boyfriend, she is flirtatious and sweet. But she rarely uses his name and forgets him the minute he is gone.

“When are you going to get a girlfriend?”

It’s difficult, having to come out to your family over and over again. Though the moment, in its infinite repetition, has lost its gravity, the experience remains both daunting and pristine. I sometimes wish I’d told her sooner, but regret is useless and breeds distress. There are times where I reveal myself to my grandmother in a handful of ways over one conversation. Each time, the flicker of recognition in her eyes, a telling sign that she recalls having heard this before, seems to dim and grow further and further away.

I know she doesn’t mean anything by it. But I keep expecting these moments to fall out of vogue; that one day, she’ll simply remember and I’ll stop having to experience the discomfort and fear of a loved one seeing you differently.

She is not hostile, my grandmother. But she can be unpredictable. Things that amuse her one day can bore or irritate her on another. So I’m not always certain of how these moments, which we’ve both lived many times over, will end: In sweetness, or in silence.

I was in my final year of high school when my mother’s phone rang.

“You need to come get me.” My grandmother’s voice was twisted and agonizing. “Tonight. I’m dying.”

That same night, my mother bought a one-way ticket and boarded a plane to Florida; the following week, her mother was on our doorstep, unrecognizable.

We didn’t know each other very well. I took the occasional trip to her home in Scarborough before she and her husband moved away to the states. I rarely heard from her after her departure, save for the yearly Christmas card, where she often misspelled my name: “Conor” or “Coner” rather than the ubiquitous “Connor.”

It was half a year since I’d last seen her, and she appeared to have shrunk considerably since then. My grandmother was never physically imposing—she towers at about five feet and change—but she seemed more frail than she was in the summer. Her irritability was more frequent now.

But this was months before we knew she had Alzheimer’s disease, so I attributed her irascibility to the recent death of her husband, dismissing her stature as an organic state of life. 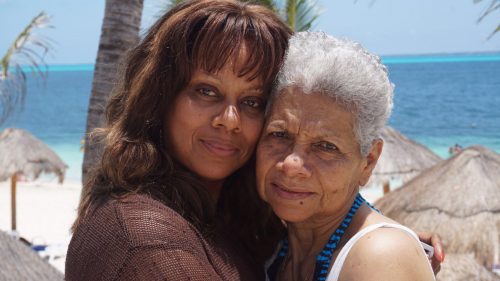 The author’s mother and grandmother, together on vacation.

The months that followed her arrival marked a definitive cognitive regression. My mother scheduled her for a neurological evaluation; by the fall she had been diagnosed with “probable” Alzheimer’s disease. The condition had claimed my grandmother’s sister just years before, so “probable” conceded to a blistering certainty.

She takes a cocktail of pills to control a heart condition and her Alzheimer’s-induced anxiety, but lacks the animation of a woman who has lived through some of the liveliest and most contentious moments in history.

Alzheimer’s steals the most precious items, both from its victim and its witnesses. My grandmother grew combative, lashing her wrath at anyone unfortunate enough to stand within her creeping jurisdiction. These periods of increased confusion are called “sundowning,” and predictably give way to an unfounded sweetness that springs from nowhere, ignorant to the havoc just wreaked.

“That person isn’t me,” she would say. “That is not me.” (“That person” once viciously accused me of stealing from her.)

She spends most of her time now reclined in a chair in the living room, picking at the silver bush of curls atop her head. She gets angry quite often, and my mother is typically the target of that rage. I think people often forget Alzheimer’s doesn’t just diagnose the individual, it equips the whole family.

I know my grandmother may one day forget me. My name might become a balloon, slipping away from her bony hands and spiraling into the sky, just visible but vanishing further and further out of reach. She takes a cocktail of pills to control a heart condition and her Alzheimer’s-induced anxiety, but lacks the animation of a woman who has lived through some of the liveliest and most contentious moments in history.

I often fear I’ve missed the boat. Though she functions at quite a high level, despite her illness, I wonder if I was too late in getting to know her and allowing her the same freedom. She still misspells my name, now and then, though its construction is no different than it was 20 years ago. In fleeting moments, when she is confused and her eyes are not hers, I imagine she doesn’t remember my name at all.

Even now, I struggle to align myself with the tales my friends tell of their grandparents cooking them meals, or spoiling them on weekly visits, or cheering from the bleachers at sports matches. I was never afforded this luxury. In spite of this thought, which looms over my home like a swollen cloud, I try to find solace in the dream that my grandmother once knew me: Not the version of myself I once presented as armour, but the physical body underneath. But it feels like a reach, at times. How can she know me if we missed so much? How well does someone know you when they forget the parts of you that you carry so close to your heart? Maybe she doesn’t know me at all and we’re simply coexisting in the same home. But I’ll remember her, even when my name escapes her, and that’s really all that matters.