When filmmaker Luis De Filippis first got the email from Sundance Film Festival letting them know the their short film was going to be screened there, they thought something had gone wrong.

“I emailed them back being like, “Is this a mistake? Is this a joke?”

It wasn’t. De Filippis got onto a plane on Jan. 18. The Ryerson grad didn’t know what to expect from Sundance where their short film, For Nonna Anna, played the next day.

“I’m very nervous, anxious, excited, all of the feelings,” said De Filippis, before leaving. “Not really sure what I’m headed for but I heard that it’s a blast.”

De Filippis’ short film is, at first look, an intimate portrayal of a relationship between a girl and her Italian grandmother, who she is tasked with taking care of. But For Nonna Anna is at the forefront of a cinematic movement, deepening the representation of trans narratives in film. De Filippis’ heroine is a young trans woman, but the film isn’t focused on her transition.

“I think there are a lot of stories about trans people but a lot of them sensationalize the trans experience or they focus on just one aspect of being trans, which usually using the transition as the narrative arc,” said De Filippis. “So I wanted to get away from that and just tell a story about two women who are going through similar experiences.”

De Filippis recruited a fellow Ryerson grad, Maya Henry, to play lead character Chris. Their team initially had trouble casting a trans woman in the role, with acting unions like ACTRA offering limited options. Henry was found when De Filippis hosted an acting workshop for trans women as a form of a casting session. 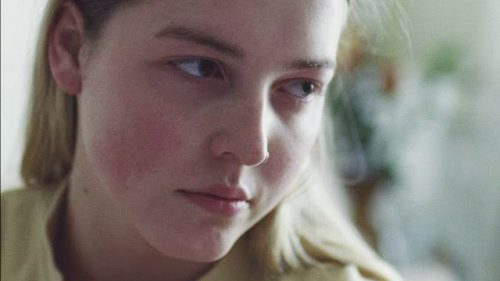 “Maya was someone I had been watching on YouTube and I just thought maybe she’d work great,” said De Filippis. “So I invited her to come in and she blew it out of the water, she was amazing.”

They later found out that Henry was coincidentally a graduate of Ryerson’s film school, where she studied screenwriting. It was her first time acting in front of a camera.

“You don’t expect this to happen,” said Henry about making it to Sundance. “We were filming this two years ago and it was three long days but I just had so much fun — I wouldn’t have even cared if it hadn’t gone to Sundance, but this is the cherry on top.”

Henry drew from her own experiences with her Swedish grandmother to actualize her character.

“I think it’s important to have representation of trans people on the screen to bring humanity to the characters otherwise they seem like some kind of gimmick,” said Henry. “You have these very masculine, straight men playing trans characters and everyone is very shocked and surprised by their transformation on the screen into this trans character rather than the actual humanity of the character themselves.” 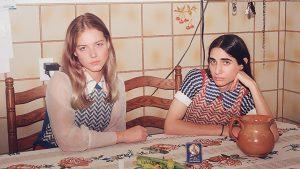 “It’s important that we have trans actors playing roles that aren’t specific to their trans identity.”

De Filippis says they’re excited for other projects featuring trans narratives at the festival, but their film is about more than trans identity — it’s about womanhood and generational love. Nonna is an Italian term for grandmother. The film’s lead, Chris, takes care of her nonna after she suffers a stroke. De Filippis drew from their own experience of watching their nonna take care of their great grandmother after she suffered a stroke, leaving her unable to complete day-to-day tasks. De Filippis says their title character, Nonna Anna, is an amalgamation of the two women.

“We kind of forget that yes, people age — but they’re still people, they’re still humans and they want to be treated with respect and dignity and I guess that’s what I wanted to capture in the film.”