Posters of missing men, all of whom fit an eerily similar profile, were stapled across telephone poles, plastered onto walls and taped on the inside of windows around Church Street. Those posters changed the perception of the Church and Wellesley Village for Emma Marcon and Joshua Labelle.

Marcon and Labelle met while living in Ryerson’s Pitman Hall residence in 2008—Marcon was a radio and television arts student and Labelle was studying film. By their third year, they were happily dating and both living in separate homes near Church and Wellesley streets.

At least 12 people have gone missing since April 2017 in the Church and Wellesley neighbourhood, also known as “the village” in Toronto. Five, including Tess Richey, Alloura Wells and Andrew Kinsman, were found dead. But in the wake of the recent string of disappearances and the arrest of Bruce McArthur, Ryerson students are feeling the impact of Toronto’s first alleged serial killer in almost a decade.

McArthur was charged with a total of five counts of first-degree murder, including Kinsman’s, and Toronto police said they suspect he’s responsible for other deaths. 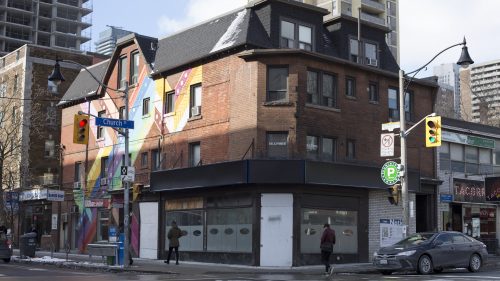 A building in the Village. Photo: Camila Kukulski

In a statement to The Eye, Tanya Poppleton, associate director of campus Security and Emergency Services, wrote that although security of Ryerson’s community is “always a top concern for the university,” campus security could not offer comment on the safety of other neighbourhoods that “are not our own.”

“While no changes have been made in regards to safety services and programs on campus, the security team has and will continue to increase communications to our community on the resources available,” among those referring to Ryerson’s WalkSafe program, which provides Ryerson students with a protected escort by security officers or supervisors 24 hours a day.

Ryerson third-year business management student Miranda Alexeichenko, who lives at the corner of Gerrard and Jarvis streets, said she was surprised to discover she lived fewer than two blocks away from the scene of two different crimes. Both Francis Doyle, 54, and Troy Mussington, 27, were last seen steps away from her home.

“I’ve been trying to get my errands done before it gets dark.”

For other students, the string of disappearances and murders has changed their entire routines. 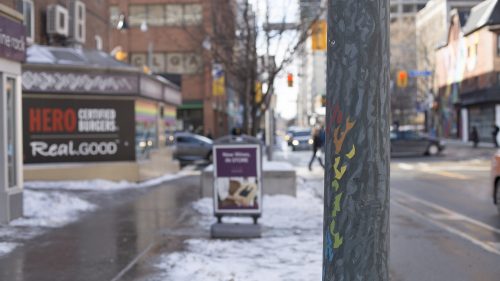 People in the Village are recovering after a string of murders. Photo: Camila Kukulski

Since the disappearance of Richey in November, Labelle said he’s been doing his best to spread information on Reddit, Twitter and Facebook. “For a lot of people, Church and Wellesley is a safe place that you come to when you come from somewhere else that is not as accepting of who you are,” said Labelle. “To see it slowly, in the time that I’ve lived here, morph into this place where people are afraid … was very emotionally difficult for me.”

Richey’s body was found at the bottom of an outdoor stairwell at 582 Church St. by her mother and a family friend on Nov. 29. Kalen Schlatter, 21, was arrested on Feb. 4 and charged with second-degree murder in her death. Following criticism from the community, police are investigating how they handled the case.

“It could just as easily happen to me.”

Marcon, who identifies as bisexual, said the recent disappearances and murders had a “paralyzing” effect on her. She no longer feels safe in the community where she once did.

“If it can happen to Tess Richey and she can be in plain sight for four days, and no one can be able to find her, it could just as easily happen to me.”

“To be honest I don’t see myself not being afraid,” said Marcon. “But I’m going to just keep living because if we’re all scared and we all sort of abandon those places that made us feel safe, the Village is going to die.”