As the TTC urges its board to adopt a discount post-secondary student pass, student reluctance may be the biggest obstacle, according to Ryerson Students’ Union (RSU) vice-president education Daniel Lis.

A report released on Tuesday indicated TTC staff will be proposing a $70 discounted monthly transit pass (called U-Pass) at their March 20 board meeting. The U-Pass would offer unlimited trips, and therefore provide a 39-per-cent discount when compared to the $116.25 post-secondary metro pass already offered to students attending a college or university in Toronto.

If the U-Pass were to be approved by the TTC and a Ryerson referendum, an additional $560 (providing the pass works out to $70 per month) would be included in all full-time students’ tuition. Ryerson will also enter into a four-year contract with the TTC.

However, in order for a university to be eligible for the discount, U-Pass must be included as a mandatory addition to all full-time students’ tuition, without the option to opt-out. This stipulation is leading some non-commuters to question whether the socialized system is just for those who do not use transit on a regular basis.

“What I’ve been telling students is that, more likely than not, the majority of students will find the benefit of this,” Lis said. “It is not unlike many other fees we have at Ryerson, which are spread around the community in order to help out those costs that are more expensive, that would otherwise be somewhat unmanageable.” 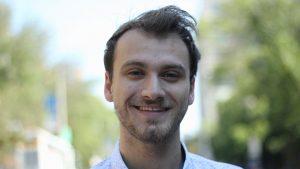 According to the TTC’s report, the transit provider earns approximately $61.7 million a year from post-secondary students. The implementation of a U-Pass will generate a seven per cent increase in revenue, which would be offset by the additional expenses associated with increased ridership, such as extended hours and maintenance services. Essentially, the U-Pass deal will ensure the TTC remains cost and revenue neutral.

Arthur Borkwood, the head of the customer development department at the TTC, said neutrality was an important component in the planning and development of U-Pass.

“Ensuring that we are not going to lose money by introducing this initiative was a key component that we wanted to make sure happened,” Borkwood said. “Even a 40 percent discount compared to the post-secondary pass today, which is a significant discount, we think it will make it more affordable and accessible for those post-secondary institutions that chose to adopt the program.

A survey conducted by the RSU, the University of Toronto, Ontario College of Art and Design and George Brown College, found that 97 per cent of students use the TTC. Among those riders, 75 per cent use transit for more than just getting to and from school and use it several times a week.

The biggest opposition to the U-Pass, however, will come from students who already live on or near campus or those who use methods of transportation other than the TTC, Lis said.

Darartu Jote is a fourth-year public health and safety student at Ryerson. She said she opposes U-Pass solely due to the inability to opt-out of the additional cost.

“If the U-Pass were to be approved by the TTC and a Ryerson referendum, an additional $560 would be included in all full-time students’ tuition”

Even if students live close to campus right now, U-Pass could enable them to seek more eco-friendly modes of transportation, live further away from campus in less expensive areas and save on costs associated with driving in the city such as parking and gas, Lis said.

Borkwood said he is confident the board will approve U-Pass at the March 20 board meeting, after which individual universities will hold a referendum. Students will then have the ability to vote on the adoption of the discounted pass.

U of T has already initiated their referendum question and is on the path to becoming the first university to implement the pass, according to Borkwood.

Ryerson’s own referendum question will be proposed to the Board of Directors on March 29, but due to certain bylaws pertaining to sudden tuition changes, the pass will not be implemented until fall 2019.

Should the referendum be approved, Ryerson would enter into a four-year contract with the TTC and an additional $560 (providing the pass works out to $70 per month) would be included in all full-time students’ tuition.

Since U-Pass is fixed to the cost of an adult Metropass in the city, the price is subject to change depending on rising TTC fares and additional administrative costs associated with the distribution of passes on campus, Borkwood said.

The RSU is permitting up to a 5-per-cent fluctuation in price, Lis said.