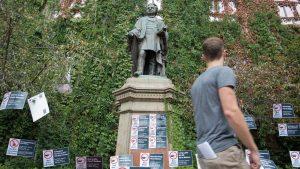 Last summer, the Ryerson Students’ Union (RSU) made local headlines when it announced its Colonialism 150 campaign, which raised awareness about Canada’s colonial past leading up to Canada Day.

On June 26, the RSU posted on its official Facebook page regarding the union’s criticism of Canada 150 celebrations and urged students not to participate in celebrations. The post, which was shared over 1,000 times, was the first of a five-day countdown to Canada Day, informing the community about Indigenous history and culture.

The campaign included 11 demands for Ryerson regarding Indigenous justice. The demands included a name change for Ryerson, mandatory Indigenous content in all programs and removing Egerton Ryerson’s statue from Gould Street.

The Eyeopener reported that at an RSU executive committee meeting on June 30, RSU president Susanne Nyaga said that she, along with vice-president equity Camryn Harlick, Yousaf and Emberson, voted in favour of the Colonialism 150 campaign on June 27. Yousaf later wanted to rethink his decision.

The Eye reported on a motion that was brought forward (and ultimately withdrawn) by Emberson, after public backlash from the colonialism statement. She said all media statements regarding the Colonialism 150 campaign should require approval by the board. Nyaga said that the motion would be policing decisions Harlick was entitled to make as vice-president equity.

Before a board meeting on July 19, Harlick said only one of the board members who signed the July 4 statement approached him with questions about the campaign.

Harlick later reported receiving death threats due to the campaign.

Colonialism 150 was frequently used against Harlick in the 2018 RSU election campaign. He was not re-elected VP-equity.

2. Bed bugs make themselves at home on Rye campus 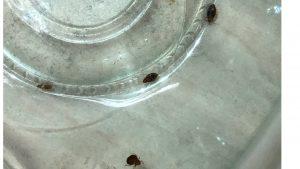 The Eyeopener was itching for answers after Ryerson said it couldn’t find bed bugs in the Victoria Building despite multiple sightings by students and professors.

This reporter, Stefanie Phillips, got bit by bugs in VIC 205. After contacting Ryerson with her experience and those of other students, Ryerson decided to conduct another search of the room.

The Facilities Management and Development department still said they found no evidence of insects in VIC 205, so armed with a shot glass and a paper clip, Eye reporters captured several bugs within 10 minutes of looking around the classroom.

Five exterminators identified the insects from photos as bed bugs. One exterminator said the bugs looked to be in their adult stage, meaning they were able to reproduce, and warned of the risk they could be transferred across campus.

The Eye’s reporting garnered city-wide media attention and prompted the university to temporarily suspend classes in rooms 205 and 203 of the Victoria Building, replace the desk where the bugs were found, and conduct heat treatment on the first three floors.

Students were back in the classrooms the following week, but not without hesitation and a few jitters. Some professors accommodated nervous students and nearby residences prepared for potential outbreaks.

Ryerson confirmed there were investigations into other buildings on campus, but no other infestations were confirmed. 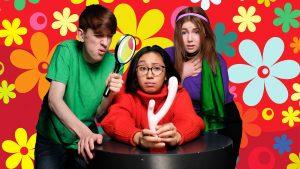 An unknown sender started shipping Amazon packages filled with assorted electronics to the RSU in the fall. Over the next five months, at least 30 unmarked packages—containing everything from wireless headphones to sex toys—were delivered to the RSU office in the Student Campus Centre.

Student unions across the country received the unmarked packages too.

RCMP Constable Darryl Waruk confirmed the packages were shipped by a distributor in China and purchased with several prepaid cards in March.

He alleges the Chinese distributor shipped packages without a return address as a tactic to boost shipment numbers, making the products look more popular online.

“It’s not illegal from what [Amazon] can determine,” Waruk told The Eye, “but it is a practice that they don’t like their customers to know about.” 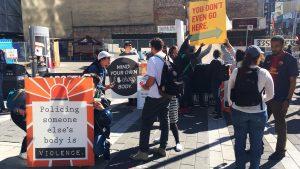 Ryerson students saw their fair share of graphic imagery on campus this year, after anti-choice activists made their presence known on Gould Street. And as it turns out, they’re actually paid to be there.

The Eyeopener followed the story of the protesters—unwelcomed by the Ryerson Students’ Union (RSU)  and other Rye community members—who set up large posters on different parts of campus, protesting abortion.

Blaise Alleyne, president of Toronto Against Abortion and outreach coordinator for the Canadian Centre for Bio-Ethical Reform, said as many as a dozen protesters are being paid to stand on Ryerson campus as part of a campaign to start a discussion and debate on reproductive rights.

Multiple accounts of unwanted altercations between protesters and community members have been reported, with anti-choicers making alleged remarks including “You should have been aborted,” and “Did you just misgender me?” when protesters mockingly spoke to trans people.

The graphic photos depicted on their posters consisted of real-life imagery of aborted fetuses.

This caused an uproar on campus, by people who had abortions in their lifetime, as well as others who simply felt triggered by the gruesome imagery.

In an attempt to retaliate and protect their community members, RSU counter-protesters would often show up on Gould when the protesters were present, using blankets or large posters to cover up the anti-choice signs. This often resulted in altercations between the students’ union and protesters.

Some counter-protesters now carry signs pointing out that some anti-choicers are paid to protest.

Gould and Victoria streets are considered to be public property, and though the school and the RSU have looked into getting stewardship rights, they ultimately have no control over the space or what gets said on that part of campus.