Almost 20 years ago, Ryerson was the first Canadian university to host a powwow. The tradition returned to campus this past Friday in the Kerr Hall gym.

A powwow is an occasion for nations, families and friends to come together, dance and celebrate.

The event began with words from some familiar faces, including Ryerson’s president Mohamed Lachemi and the director of Saagajiwe Lila Pine.

Almost all the speakers reminded attendees that this powwow was part of Ryerson’s Truth and Reconciliation efforts to decolonizing the campus. Speakers also reminded everyone that this event was one of celebration and about coming together (and that they all extend their most sincere Miigwetch).

With that, opening ceremonies began with dancing of all different kinds. Traditional music of drumming and singing came from three different groups. Some dancing was specific to Indigenous peoples, and others were called inter-tribal dances, meaning anyone and everyone could join in.

Around the perimeter of the gym were all kinds of different vendors and booths, ranging from information about Indigenous addiction counselling to beaded bracelets and cowhide phone cases. 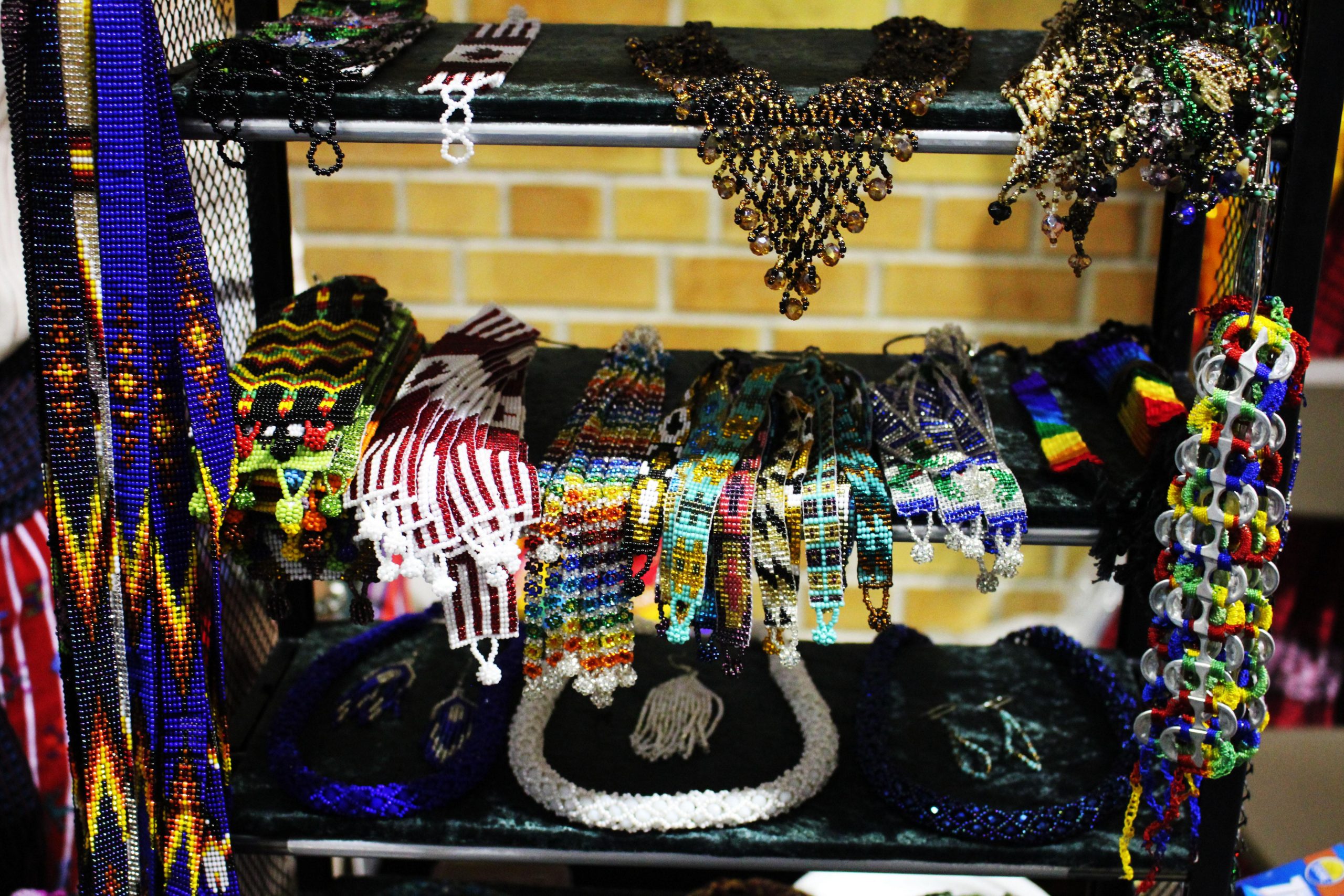 “[The powwow] means tradition, it means community, it’s symbolic of a celebration of our people,”said RASS member Jenna Barnhardt. “It’s beautiful. But I bet if you asked different people around here, they’d all give you different answers.”

There were also multiple food vendors at the event. Nish Dish, an Anishnawbe-rooted catering company was there to serve attendees. They sold Anishnawbe cuisine, such as Three Sisters Soup and Sweetgrass Tea. 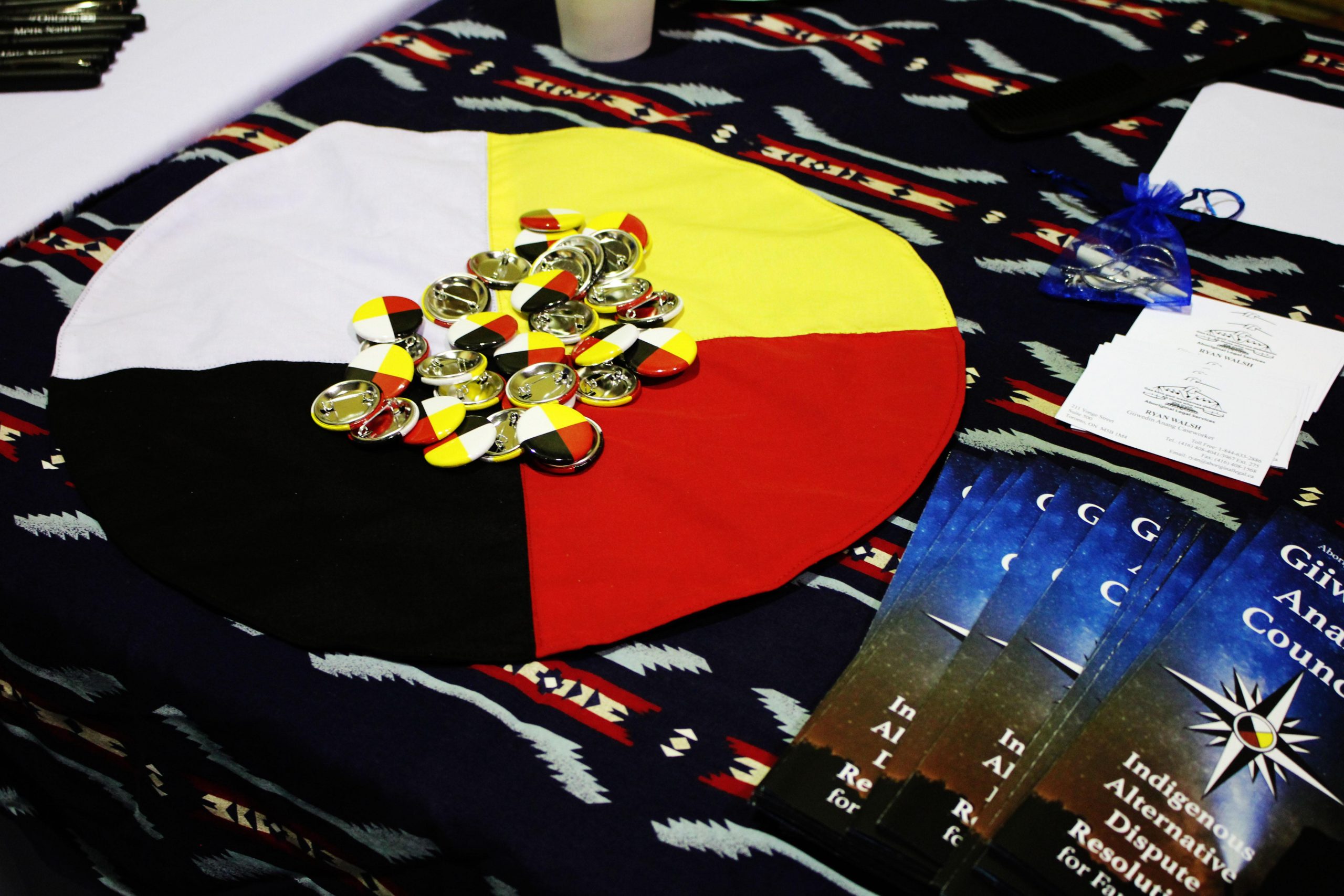 The event was a step in the direction of inclusivity for Indigenous students on campus. As Lila Pine said in the opening ceremony, “we must double down” against colonization with a school that carries a namesake of a man heavily involved in the creation of residential schools.

“We had a great turnout, so many dancers, so many vendors, I couldn’t be happier [with] how it went, but it’s just going to get better from here,” said Riley Kucheran, one of the organizers of the event.

“I think this is really just the beginning, I want to see it be a whole week of programming, it would be great if there were powwows across the year… Just more bringing Indigenous peoples into this place, into this institution.” 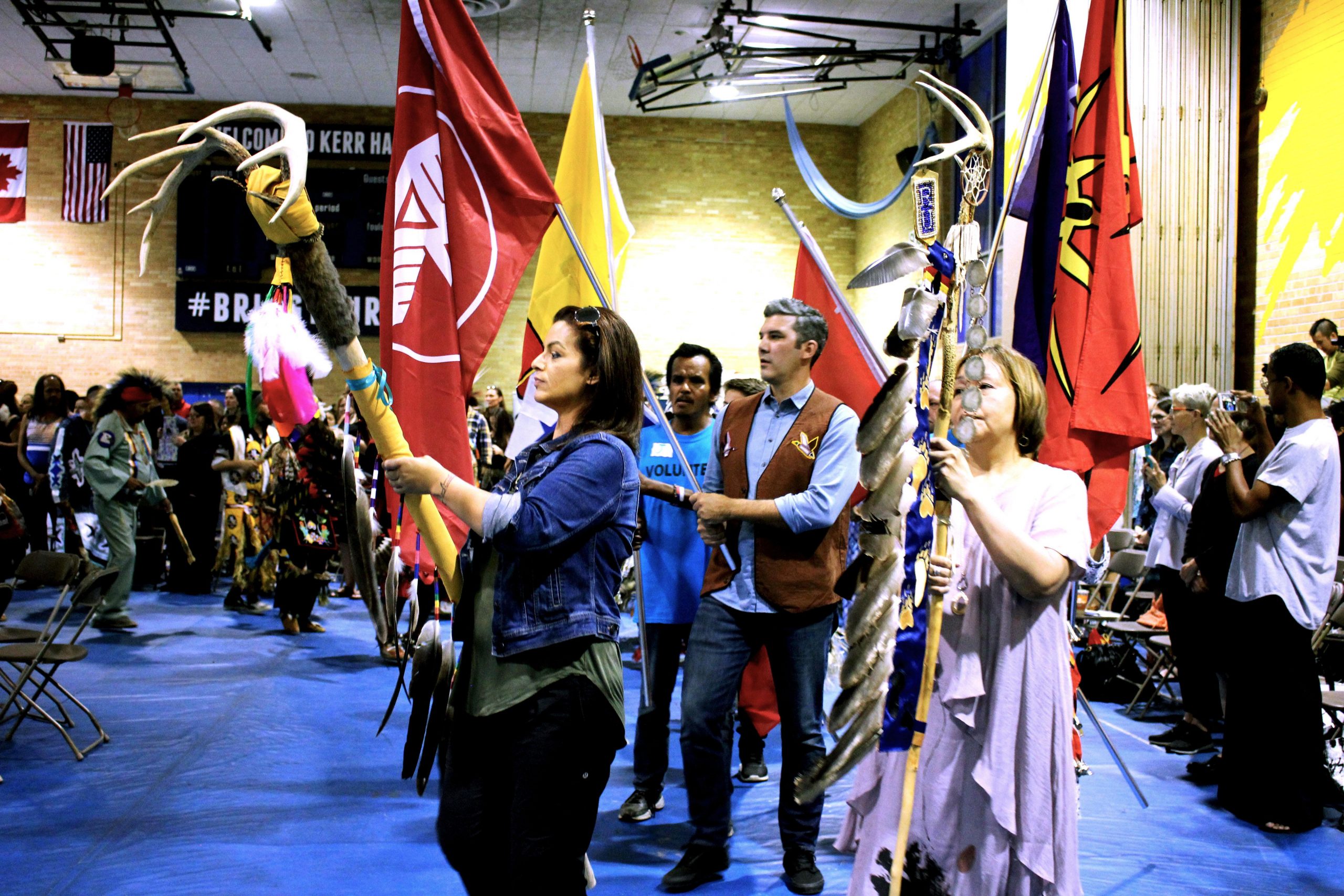