The Ryerson Students’ Union elections are underway and the winners will form the governing student body at Ryerson.

Students can vote online through their RAMSS accounts from Feb. 6 to 8. 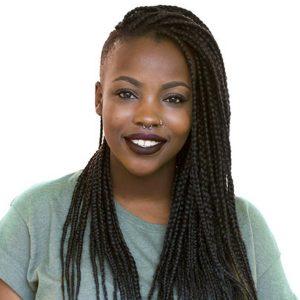 Why are you running for this position?

I think student voices haven’t been represented as well as they could’ve been and I want to ensure the RSU is a place for students by students. So we need to make sure that we’re giving students spaces where they can come speak to us, where they can hold us accountable and where they can see the work that we’re doing is really transparent. That is one of my main concerns stepping into this space is making sure that students are present and centralized within the work that we do, within the services we provide, the events that we have, with any work that we’re doing is because students want that work done and that’s a need that hasn’t been met.

Mental health advocacy is great, but we’re seeing that the process is a lot longer than we want it to be, and students are still suffering while we’re taking that process. So I think it’s really just stepping up and looking for new avenues, resources, and ways we can support mental health and needs of students, while we’re still advocating to administration and finding ways where we’re not just saying ‘Just wait, let’s deal with your mental health later’ but we’re saying ‘Listen, it’s important now and you need that help now.’ 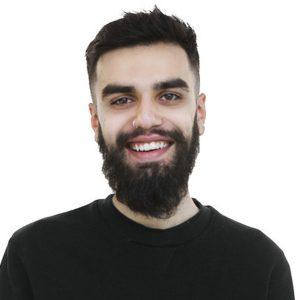 I’ve been involved on campus for four years now, and most folks have seen me do work around access to education in some capacity. I got involved in access to education work in my first year with the students’ union at the time, and I think that really affected the way I engage with the Ryerson community since that point.

What’s your major criticism of what’s been done this year?

Specifically, one of the areas I want to work on is placements, internships and co-ops. Right now, a lot of the internship and co-op opportunities are unpaid, and that really affects students in a negative way. Students already are bearing the burden of tuition fees as well as the cost of living, so what we’re hoping to do is provide better internships and the way we’re going to do that immediately is through the zone-based learning that happens at Ryerson.

Also, I’ve been pretty clear in my platform points that I believe that tuition fees and the cost of education is absurd. Tuition fees have been increasing constantly over the past 10 or 12 years, and it’s come to a point where students have a hard time making ends meet, so I want to find creative ways to engage with the administration and then work together to lobby the provincial government for better funding.

Number one for me is building back up that relationship with the societies. Ryerson student societies provide a very essential service to each of the faculties that they represent because they know their faculty best. Another major point for me is the co-ops and the internships. Also, transportation. We want to introduce a U-Pass to Ryerson. It’s essentially a transit pass that we will provide hopefully through tuition, it’ll be a subsidized cost to get them to Ryerson from wherever they are in the GTA. 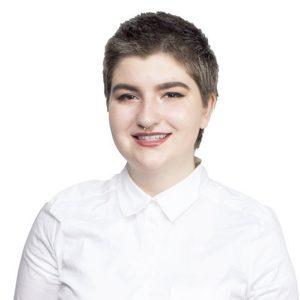 What’s your major criticism of what’s been done this year?

I think transparency and accountability has been really lacking. In terms of equity, I’ve seen a big lapse in the communication between the equity service centres and the vice-president equity is really limited. For example we constantly have events and I rarely see the current vice president equity at these events—I’m sure she’s been to some so I’ll give her some credit, but unfortunately I feel like that communication hasn’t really been great.

My personal platform has a strong focus on accessibility. The university does conduct one but it’s important to have an unbiased accessibility report.

What do you think has been the biggest issue equity groups are facing on campus this year?

I think overall lack of support from the RSU. The Sexual Assault Survivor Support Line especially (SASSL). Currently we only have one employee at SASSL and it runs out of a closet. 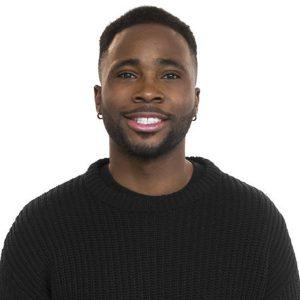 I’m running for my position because I believe it is the position on the RSU that I can relate to the most personally. I love planning things like events and organizing conferences and anything that brings people together to have a good time. I also feel like I have strengths behind the scenes in terms of being able to book facilitators, book performers, and actually gauge what my audience wants and providing that for them. I did it because I was asked by Susanne. She’s currently the president and I’m the vice-president of United Black Students at Ryerson.

What are your criticisms of what was done this year?

I would improve the amount of people who were involved in large-scale decisions since we’re representing the students, the students need to have their voices heard. So I believe that currently the students’ voices aren’t being heard as much as they could be, and as much as I would like to see them be. Before we can make a positive change, we have to figure out what positive is, and what positive means to Ryerson students.

Accountability, transparency and equity are at the core of elevate. Accountability and having monthly cafes where students can voice their opinions and say whether or not they like what we’re doing. Transparency in our spending, obviously with events we have to spend a lot of money, but it’s using the money we have budgeted as effectively as possible and making sure that we can actually accommodate a large student body with as many events that we can afford. And equity is making all the services that we are currently providing everywhere to the students, and also creating more when we need to. 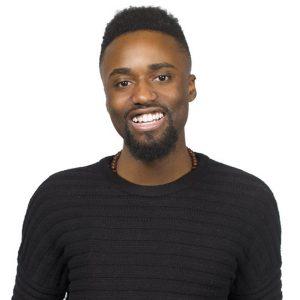 I’m running for my position because I feel like there are many voices around campus and there are many voices of individuals that are not being heard. And I was one of those individuals. I just wanted to be able to make a change. Upon having a greater understanding of the audits and the things that are actually out there, we’re going to try and find the best way to achieve that change. Especially with the budget, being the individual that’s going to work with that budget, we want to make sure that budget is as transparent as possible and individuals will be provided with those at those town halls.

What’s your biggest criticism of how things were this year?

I have to be able to see what that budget says, because we really don’t know. We know the deficit is $800,000, but we don’t know, because not everything has been released. So I just want to focus on that positive change, as a team.

A big thing that we’re focusing on is study space. Study space is a huge thing. Seldom do you walk into the SLC or the Library and find a place to sit down. We want to use that current booking system and put forth the empty rooms that are within the school and allow students to be able to book those rooms based on preference. We want to make sure that type of thing is accessible, and we want to create that. There’s little resistance that could be met there, especially since we already have those resources and no one is actually in those rooms at that time.