On Feb. 27, the Ryerson Student Union (RSU) released an updated budget for the 2017-2018 fiscal year. Following a $1-million deficit last term, the current RSU term is expected to end with a surplus.

The RSU represents about 35,000 Ryerson students. Every full-time student pays an annual fee of $76.92 to the RSU, which then goes toward the union’s proposed expenses for the year.

According to the budget, the RSU is expecting a surplus of about $36,700, with expenditures of roughly $2,272,000 and revenue sitting at about $2,339,000. Vice-president operations Ali Yousaf said the RSU financial system was in “dire need” of an overhaul. He said implementing strict financial policies and tightening the budget are central to recovering from last year’s deficit of more than $1 million.

“When I started at the RSU as the vice-president operations, I was given an over-bloated and decimated budget, with expenses being made left, right and center,” Yousaf said. “If things go according to plan, we should be able to end the year off on a surplus.”

“This year’s budget is definitely in better shape than the budget from last year,” RSU president Susanne Nyaga said. “However, it still is not the best.” 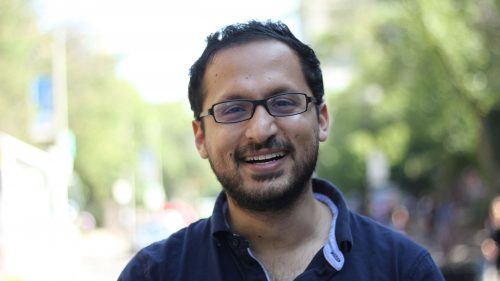 At the RSU election debate on Feb. 2, then-vice-president operations candidate for Elevate Adam Asmar said the RSU was in a $1.1 million deficit with “years of mismanagement being at fault.”

“What I’d like to do as VP operations to alleviate the deficit is to implement a student-run task force, to work on alternate sources of revenue to alleviate and remove the deficit once and for all,” Asmar said at the time.

In the same debate, then-vice-president operations candidate for the Rhino Party Domenic Marchese said, “I can start on a path that will get us out of the deficit,” adding that it would take more than a year to do so.

The 2016-2017 fiscal year resulted in a deficit of $1,068,551. Deficits result when expenditures are higher than revenue. Unlike debts, which occur when an individual or organization owes more than they have, deficits do not automatically carry over between budgets.

“I strongly believe that the students weren’t aware of the differences between a deficit and debt,” Yousaf said. “The RSU should’ve done a better job at communicating with the students about the budget. Unfortunately, it was just used as a wedge issue to gain political points.”

Nyaga said she agrees that deficit and debt often get conflated.

“The next few years require teams that will actually prioritize the finances of the union instead of spending ridiculous amounts of money on menial and frivolous events that negatively impact the RSU’s ability to do real work for students,” she added.

This updated budget shows the RSU broke even in money spent on and generated from the Sundown Toronto music festival in late September, projecting $275,000 in expenditures and earnings. The current budget leaves total social events expenditures at $123,800, but Yousaf said these are “extreme approximations” and events “has definitely gone over budget.”

Last year, the proposed budget for social events was drastically higher, sitting at $1.1 million, almost 90 per cent higher than this year’s, much of which involved expenses related to the scandal-plagued concert 6 Fest.

Yousaf said this year, the RSU failed to acquire strong revenue for the events portfolio in general, but he is waiting for additional sponsorships to come in before he updates the official numbers for Sundown.

Legal fees include the hourly costs of lawyers and settlement fees. In September, RSU president Susanne Nyaga told The Eye $70,000 was “low-balling it.” She added these allocations were “unwise budgeting on the [board of director’s] end.”

“Legal budgets are always tricky, since you can’t really stop someone from suing you,” Yousaf said. “Foreseeing such lawsuits are always hard.”

Significant legal battles from this year include the Ryerson Men’s Issues Awareness Society, which the RSU won in late February. Yousaf said there are no numbers yet on specific cases, since lawyers are still negotiating contracts. 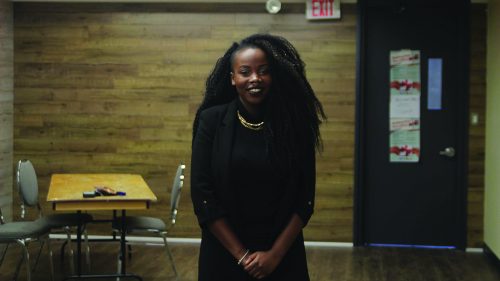 Yousaf said former vice-president student life & —events Lauren Emberson’s resignation resulted in a slump in attendance numbers and a reduction in events hosted by the RSU. He added expenses have largely remained the same, as the major events for the winter term after Emberson’s resignation have been completed, such as Cultural Jam, the Winter Week of Welcome and the Montreal Trip.

The budget for grants and awards almost doubled this year, jumping from $48,700 spent in 2017 to $95,500. The budget has factored in thesis grants and internship grants which added a combined $55,000 to the expense.

These grant initiatives were introduced by Yousaf and vice-president education Daniel Lis. Thesis grants are available for students looking to secure funding for final-year thesis projects. The internship grant would provide financial assistance to students carrying out unpaid internships.

Yousaf said the grant applications will be available in late March or early April. Only then can students submit their expenses.

Nyaga said Yousaf “rushed” the budget, which she said resulted in very few to no staff consultations, adding she would not be surprised if the union were to fall into another deficit this year.

“This year the board prioritized athletics over equity and cut from legal, all unwise decisions that are setting up the RSU for failure,” she said.

Although the audit of the previous year is usually approved at the RSU Semi-Annual General Meeting, the meeting lost quorum in the fall before the motion was reached, so these budget updates have not yet been approved.